The legislation was introduced by Democrat, Arizona Sen. Kyrsten Sinema, and the law was co-sponsored by Republican, Sen. Thom Tillis of North Carolina. LEGION, which is an acronym for Let Everyone Get Involved in Opportunities for National Service, will now include membership for those veterans with an honorable discharge from the armed services who served between recognized periods of war. 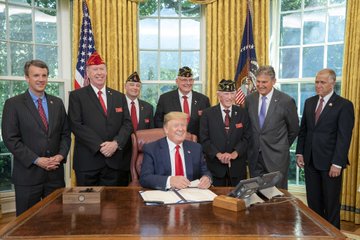 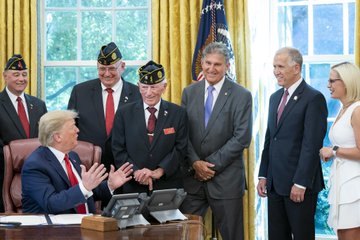 Nick Cabral, commander of Newtown based American Legion Post 202, said the act is “a wonderful opportunity for approximately 6 million veterans, who were previously not eligible to access American Legion programs and benefits.

“No longer are Cold War era veterans excluded, veterans who put on the uniform and served their country just like every other military veteran in American history,” he said. “I’m excited for the opportunity to meet and work with more service veterans from the Newtown area and have their support for our local programs.”

Smith, who served in the Marine Corps for seven years, said he had been waiting to join the American Legion for 30 years.

To qualify for membership before the president signed the new law, members had to have served at least one day of active military duty during one of six specified time frames, which included World War II, the Vietnam War, and the Korean War.

What the act means, any serviceman or servicewoman who served after Dec. 7, 1941, is now eligible for American Legion membership.

Smith wasn’t eligible for membership previously, as he began his military career just after the Vietnam War ended in 1975, and was honorably discharged before the war in Lebanon-Grenada in 1982.